Web app development has become quite a popular aspect of the software development industry. In fact, every other business is doing its best to provide its audience with a better performing and relevant web application. But testing out its performance is quite necessary before launching the application out in the public.

Testing out your web application performance is becoming more complicated and crucial at the same time. It has led to an amazing breakout of performance testing tools.

Ask yourself, if your application is delivering the appropriate speed of need? And if yes then, how to check it. Before launching your application make sure that your latest features don’t degrade the performance, no matter what.

In order to help you out, we have come up with the solution. In this article, we have enlisted some of the best open-source performance testing tools for web applications. This list comprises of the best license tools which also offer a free trial version so that you can get a chance to work on every possible aspect before making any investments.

Webload is an enterprise-grade load and performance testing tool which is specially designed for web applications. Most of the enterprises and big brands of their preferred this tool to test out complex apps and requirements. You can use this tool to perform load and stress testing of any internet application without any complications. For better results, we recommend you hire PHP  developers as they can help you out in the best possible way. What makes this tool number one on the list is its flexibility and ease of use.

It also supports hundreds of Technologies ranging from enterprise applications to the protocols and everything in between. It also has built-in integration with selenium, Jenkins and many other tools which enable you to test out apps without any shoes whatsoever.

Loadninja is quite a popular tool in the web development industry as it allows you to quickly create script less sophisticated load tests. It is also famous for reducing testing time by 50%. You can use this tool to capture client-side interactions, debug in real-time, and identify performance issues immediately.

Most developers and testers use this tool to increase the test coverage without making any changes in the quality by removing the various effects of dynamic correlation and script scrubbing.

This is probably the most advanced testing tool out there. It has JMeter in its core which will make things easier for or any developer or tester. Running a test in this tool is very simple. It lets you make test scenarios without scripting, instead, all you have to do is click in the embedded browser and you will be sorted. There is also no proxy setup for browser plugin necessary.

It can automatically generate reports with every possible detail about the test and its results. The results provided within the school contain auto evaluated acceptance criteria, trend analysis, and graph comparisons. This tool is quite useful in distributed testing, CI integration, and also offers unparalleled performance testing support for Vaadin apps.

This is an on-demand and a fully managed load testing tool that allows developers and testers to load and stress test an application without any hassle. This tool performs testing tasks in real browsers which provides extremely accurate data. The best part about this tool that you don’t have to pay for extra hours, instead, you have to pay for what you use and there are no contracts required. This is a hundred percent cloud-based and scalable tool, which you should definitely check out in 2020.

This tool is mostly used to create a sophisticated load test with just a few clicks. It helps make things easier to model real-world loads on your API. This tool supports REST, SOAP, JMS, MQTT, and many other API formats. So if you’re looking for something easy to use graphical interface, then this should be the tool to check out. With its easy to understand graphical interface, you can easily set upload scenarios and script features without any hassle.

LoadUI NG Pro is quite useful to reuse your existing functional test cases from SOAP UI and SOAP UI NG Pro. In fact, with just three clicks you can transform your soap UI NG protest cases into a much more sophisticated performance test.

Apache JMeter is a Java platform application which is considered as a performance testing tool and can also be integrated with your test plan. Moreover, you can also use this tool to create a functional test plan with just a few clicks. This tool can be loaded into a server or network and can be used to check the performance and analyze the working under different conditions.

It was introduced as a tester for web applications, but later it came out with some more features, which made it quite popular. It can be of great use in testing the functional performance of the resource such as JAVA objects, Perl Scripts, and Servlets.

As the name suggests, this is a product from Micro Focus, which is the USP in itself. It can be used as a performance testing tool and can be bought from the Micro Focus Software division. You can use this tool to understand and determine the performance and outcome of the system when there is an actual load. The main features of this testing tool are that it can create and handle thousands of users all at the same time.

LoadRunner works exceptionally well while gathering all the required information with respect to the performance and the infrastructure. It has various tools in its arsenal, for instance, it has a Virtual User Generator, Load Generator, Analysis, and Controller.

With the introduction of the testing software, youtube premium subscribers get a new advantage 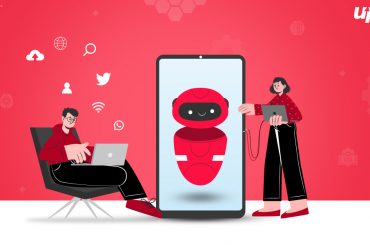