Automate your services with Internet of Things Transforming Industries

It is time to grab the transformation as it gradually touches different sectors and industries alike. What kind of transformation are we talking about?? But obvious, the change which is brought ever since mobile technology expanded and introduced unimaginable finds such as Augmented and Virtual Reality, Artificial Intelligence and Machine Learning, Internet of things and many more. Initially, top mobile application development companies concentrated only on converting an idea into an application wherein smartphone users can breezily perform the same task but on their mobile phone even when they are traveling. However, recently the expansion in technology has gone way beyond any layman could have ever imagined which, in turn, has magnified the urge among people to crave for something which is not less than a dream. Yes, dream it is to witness electric gadgets performing without any form of human intervention. Who could have thought that one could actually lock and unlock their homes from a distance by a mere touch on their smartphone screen? Commenting that no one ever thought of such a concept, however, will only display the ignorant side of us. Somebody did think and that is the reason such technologies exist today. But here I am speaking about laymen like myself.

Coming back to the topic, Internet of things offered a completely new venue for the mobile application development companies to explore apart from merely designing application to meet daily requirements. And gradually such futuristic concepts are becoming an inseparable part of different industries. Before we proceed towards identifying the level of influence internet of things have on other sectors, allow me to brush up your knowledge on this very term.

So, what is ‘internet of things’?? 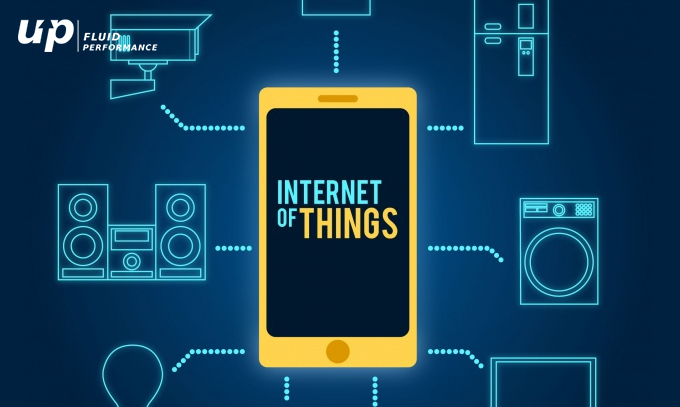 In the words of Edewede Oriwoh, “The Internet of Things is not a concept; it is a network, the true technology-enabled Network of all networks.”

Quite a self-explanatory quotation.

Now,  if you Google on this term, you get the definition for IoT as the network of physical devices, vehicles, home appliances and other items which have inbuilt electronics, software, sensors, actuators, and network connectivity to enable them to establish a connection and exchange data.

Opportunities wrapped up within the Internet of things triggered the big minds to apply its features to automate and interconnect services summing up to form an industry.

Peter Morville, President of Semantic Studios, stated, “We have a deep need and desire to connect. Everything in the history of communication and technology suggests we will take advantage of every opportunity to connect more richly and deeply.”

This very desire has popularized Artificial Intelligence, Machine Learning, Internet of things and others. Such are few examples of progressive technology, which have received quite a noteworthy attention in the current times, and we are likely to witness their existence strongly in the future as well.

So, in simple words, if we have to define IoT then it means a virtual network connection to link up any type of devices in and around your surroundings such as vehicles, LED lights, door locks, and other electrical gadgets. The best part, as earlier mentioned, is the capabilities the devices have to performs tasks and establish connection completely in the absence of human help.

Now if we present factual evidence in support of IoT, then we do get to see even statistics suggest that the number of connected devices will increase to 75.44 billion by the time the world seeps into the year of 2025. Considering the influence it has already exerted on different industries, it is likely huge section of the masses gets affected. To automate their services more than a few industries have joined the cat race.

Those few industries include:

Few other industries that stand to benefit from IoT influence are:

IoT has undoubtedly proved to be a boon in guise altering the age-old approach of conducting business. The rapid pace with which each sector is adopting this modern technology, it is highly likely that internet of things is going to stay here for a very long time. Top-rated mobile application development companies such as Fluper continuously upgrade themselves to design applications, which serve as a connecting medium to operate electrical gadgets or command them to perform a specific task without direct human intervention. This is but a major step taken towards achieving a smart way of living in smart homes surrounded by automated and self-operated devices.

If you are looking for some expert guidance pertaining to applications using futuristic technology similar to IoT, then Fluper is the right platform for you that has established quite a reputation for itself in giving life to innovative ideas and made its position among top-notch mobile app development companies. So, do not forget to click onto: 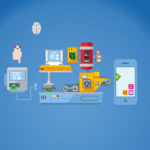