The Maps applications have become an integral part of every OS. The two giants in the world of Mobile Applications, have continuously invested their entire resources to bring out different and unique applications, out doing the other.

A brief video showcases the difference between Google and Apple in Map Application.
See link below for reference:

Initially there was huge difference in the features of these Map Apps. Google was way ahead in this competition. After series of failures and embarrassments, Apple is gradually catching up with it’s arch rival, modifying the existing features and adding new ones.

Let us have a brief understanding of the key features that differentiate Google from Apple in Maps Applications.

The primary factor comes out if we travel back in time. The two images are identical but they differ in following factors- Initially, Apple’s Map was filled with bugs, inaccurate mapping directions. But it has learned its’ lesson the hard way.

Currently, Google Map has gradually transforming itself from a road map into a place map. But Apple is not lagging far behind in this competition. 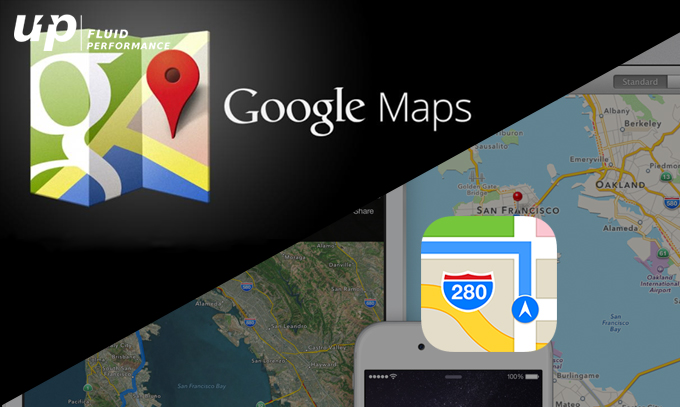 With the advent of iOS 10, Apple has molded many new attributes in it’s device.

This device has become more proactive where you can get useful suggestions pertaining to travel timings and upcoming calendar events. It suggests places where the user can stop by to fill up gas, or grab a bite or sip into a cup of coffee. Along with these information, you will get a full review of the hotel or restaurant you stopped by. Moreover, this map provides a Wikipedia information on the background of any monument you are currently visiting.

There is more automated traffic information embedded in the new device.

In a recent WWDC event, it was showcased a new version that Apple is launching this year- iOS 11

The debate will continue on this above topic. And both of these maps applications are praised by the respective fans of their operating software. But one thing has come out of the recent announcements at WWDC 2017 that features included in Apple Map Application has finally managed to compete with those found in Google Map Application, without facing any failure or embarrassment.

Finally, if you have to make a choice between the two, then the best suggestion is to use the two applications personally and come to a concrete conclusion.