Like a great invention, Android didn’t happen in a day. With intense hard work of founder Andy Rubin and Google, it brought into the existence one of the most dominant mobile operating systems. Nowadays, we are too much concerned with android latest versions but with ambiguous knowledge of the glorious history that it shares, which has established itself to be one of the major players in the race of mobile future.

You must reckon to the fact that to strive into the impossible area, an invention has to sieve through various episodes to justify the ultimate essence of its origination. Even too with Android history, it endeavours the earliest origination of OS in order to understand the path of launching Android History, followed by T-Mobile G1, and various other devices have played a significant role in order to mould the ultimate idea of Android. Although Xcube lab has taken an initiative to demonstrate the history of Android through a beautiful yet explanatory infographic .

With the help of Androidcentral, we have divided history into some of the important events that have enabled to beat the most valuable and profitable companies of their era by occupying the grounds from two companies of that era-Microsoft and Apple.

Some important Episodes in the path of Android Origination 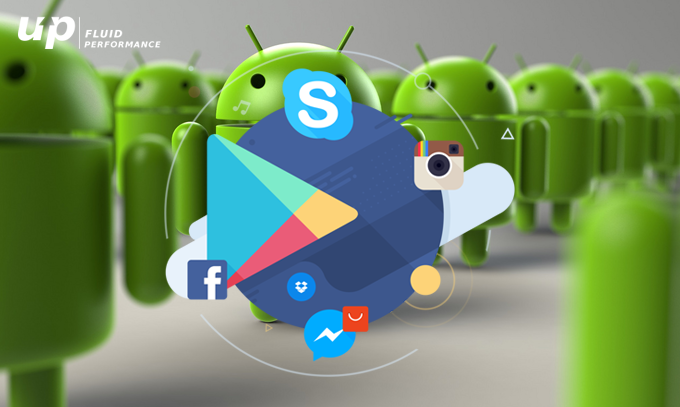 In the agile ecosystem of mobile, where the mid of 2000s, appeared to be like an ancient history. We are discussing the time period when Netbook was one of the hot categories as far as ultraportable computing devices are concerned. iPhone was rumoured to be denied by Apple. The tablets resembled like a laptop looked clumsy with the keyboard ultimately shredded.

While smartphones were considered to be one of the most important innovations and somehow moulded into a trend. A landscape dominated by Symbian, Blackberry and Windows Mobile. Like today, mobile app developers across the globe are dedicating their day and night to get something beyond mobile apps. Even in that period too, they stipulated the idea of phone to bring something beyond its fundamental utilisation. This determination was slowly gaining traction.

Those smartphones were certainly proved like a minefield for developers. They were away from a technological standpoint with intense involvement of carrier restriction. With contrast to the open world of PC as well as web development, user experience was something considered to be secondary.

Grabbing 85% market share of smartphones from the loosing grounds proved its ability.  What really proved the operating system ahead the race, is its Android openness and low barrier to entry against the closed competition.

Couple of years ago when Andy Rubin, although the most celebrated creator of Android and until recently the head of Google’s mobile internet efforts spent considerable amount of his career at the forefront considering mobile computing revolution. The stance had begun in the year 1992, where he worked at General Magic, the legendary Apple spinoff, where he brought into the existence of the Motorola Envoy, considered to be one of the earliest wireless PDAs. Next chapter towards Android started in December 1999, where he launched Danger, creator of the Hiptop, one of the Proto-type smartphone.

Hiptop is a smartphone landscape keyboard with software that made the web browsing, instant messaging and email equally significant in the interface.

There comes Sidekick into the picture when established partnership with T-mobile when Danger rebranded from Hiptop to Sidekick which had really become very successful with impressive revenue-sharing model and created a niche that was as effective to compete directly in the mobile space as far as Blackberry and Microsoft are concerned.

Danger cofounded Android in the year 2003 and Google in 2005. This is the time-period when the smartphone was considered to be the underwhelming and incompatible devices.

With open-source evolution of ideas as the ultimate motive that started at Danger, Android Inc. was a standalone software that had no product to sell for the first two months.

Rubin funded the company most of the time single-handedly, he provided manufacturers not only with the common languages but set of tools while igniting with smartphone boom. While prioritising to render one of the best web-connected experiences and creating a favourable environment that any developer to mould the idea into reality, Android had come up with a robust plan that investors could really pitch up in the year 2005. These strategies have really worked in favour of next-gen mobile experience and has become the technologies in history in order to empower 25000 different products.

Larry Page and Sergey Brin founded Google dedicated to being more phones with Google as the default search engine.

Episode 4: Synchronisation of Software with Hardware

Software is incomplete with hardware, when Android released commercially for mobile electronic devices in October 2008, the first device that was manufactured by Google couldn’t hit into the market until 2010. A series of smartphones that have been developed by the other manufacturers accommodated the Android banner successfully. Although CNET has explained the series of hardware came into existence chronologically. It was continued irrespective to the Google’s Flagship until the launching of Google Nexus device.

Open Handset Alliance (OHA) was unveiled by Google considered to be the major milestone in the development of Android system on November 2007. This was a consortium of technology manufacturers that were intended to work together in order to establish open mobile device standards where 34 companies were involved. These companies were those companies that were rendering wireless telecommunications providers (T-Mobil), mobile handset makers (HTC, Motorola) and chipset makers (Qualcomm, Texas Instruments). It really turned out to be one of the steps which has not restricted itself to one device from one manufacture, but something beyond iPhone.

The HTC dream also known as T-Mobile G1, was the first Android smartphone which was commercially available in October 2008. Fascination of Android features had grown with slide-out QWERTY Keyboard and device chin in order to support hardware buttons, were somehow a part of the distant past.

Apart from HTC and Motorola proved to be maintaining dichotomy between Android and iOS systems and has offered some of the clues the operation of Android system that has turned it one of the most successful operating system.

With the beginning of January 2010, Google had started with its Nexus line as far as consumer electronic devices are concerned on the Android platform. This was considered to be one of the significant step where Google had now its own hardware not only to profit but had the added advantage in order to ensure that the devices had the most updated version of the operating system.

Undeniably, Apple’s iOS platform and Google’s Android Platform have both sprung up the same decade, but the most important question who was steering the ship in the agile ecosystem of mobile environment. According to bgr, Google’s Android Team was dedicating their entire day and night building a boring Blackberry clone. There are some of the aspects at which Google really outperformed that left other platforms in a miserable condition.

Perhaps iPhone was not restricted to its first full touchscreen phone but it has certainly re-thought the way iPhone has dedicated to create incomparable user experience, the strategy had paved the way for the responsive and touch-based smartphones.Although, it is hard to believe that iPhones were dismissed by some of the competitors when it was unleashed at the beginning of the year 2007.

Google’s made over Android platform commercially in the year 2008 on HTC Dream/G1 which although wisely resembled with Apple’s iPhone far more than a BlackBerry phone that were quite dismissive. With the absorbing and retaining capacity, Google has ensured a more agile competitors.

Understanding that iPhone has really kicked off the trend with touch-screen centric handsets Google has given a tough competition while other platforms staggered and failed atlast. So, in this context, it can easily be understood that both the giants have taken inspiration from each other in order to steer the ship.

This was not one day task to unveil G1. Several prototypes were accepted and rejected before G1 was actually been finalised and released in the year 2008, where the design and form factors were the only things under development. While some of the giants like LG and Apple were pioneering as far as all-touch operating system were concerned, where even designers were prioritising physical keywords and navigation buttons.

GIs software had evidenced few things that were barely imagined. Users may remember when they began using true multitasking, copy and paste and pulling down the notification system.

Striving from the period when the time was dominated by Blackberry Curve, companies like Google and Apple were performing things in a bit distinct manner. Although G1 established itself to be a base in order to build Android with the only reason that Goole was risking itself to create an image to be different. It had begun a journey, when Android hasd leveraged open-source software. It had enticed not only hardware manufacturers but created favourable ecosystem that consumers have started to love.

What really proved it distinct, is to render a free operating system with a complete package of an application platform as well as distribution method. It has enabled the companies like Samsung and Motorola to design their devices in order to leverage the advantages.

While we are heading 2017, it is really not deniable that we are leading our lives in the era of Android where the technology has successfully retained the charm of mobile computing devices. After reckoning the current situation, it can be understood that Apple and Window is not going anywhere sooner. But while leading in the contemporary world, there is lack of time to relax. It is just a matter of couple of moments to flip the coin and driving it against Android. It depends on various versions and features and functionalities that would be explained in our next episodes. These features and functionalities are considered to be the decisive factors to ascertain the future of its existence.