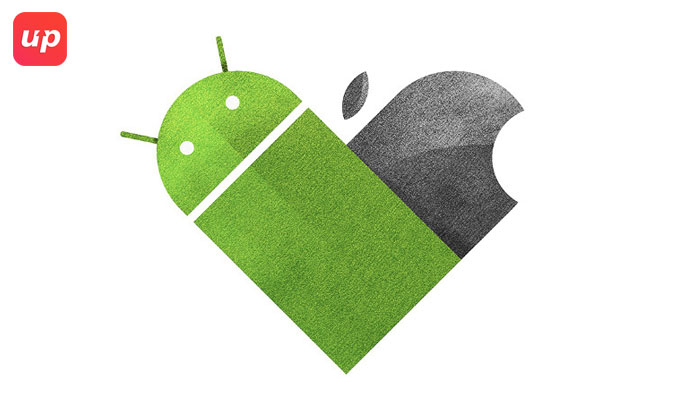 How Android and iOS can Pave the Way Together

Although you might be aware about the fact that the popular apps like Path, Instagram etc. debuted first in iOS and after a considerable period of time it landed on Android. It is although a usual propensity when a great idea is struck then there is a tendency to build it on every existed platform. Building up a single app is not difficult although but a very demanding one. And in case you are thinking to build it simultaneously for all other platforms that can be somewhat arduous!!!

Even if you fallen in love with iOS, you cannot deny Android. But in case you are using Android then you have to sacrifice all the services that are being supported by Apple. Apple Music which is although a sacrament of iOS has competed with iTunes on Windows but the experience is somewhat similar to the economy class. It brings the concept of app ecosystem where there are variety of apps that coordinates on both iOS and Android. Thus it ensures navigation seamless and will enables to be connected to those who believe to be using other platform.

Although various reliable sources have revealed the fact that popular apps are no more targeting iOS only or Android-first. The mobile marketing place is vastly fragmented due to variety of interfaces, SDKs and programming language which led the cross-platform mobile application development to gain popularity over few years. The number of mobile app developers have started synchronising the platforms together from last few years. Currently the top-notch mobile application development companies supporting both the platforms witnessed a surge approximately 50% which are further supported by iOS like android launchers and customisation tools. But the significance of cross-platforms have increased day by day.

In case you are concerned about the about the advantages of cross-platform then here we are:

This platform is known to leverage unified codebase which enables to track the monitoring of mobile application development and ensures timely delivery of the app to the market.

Since it is known to work on multiple platforms by leveraging unified codebase, hence companies are no longer required to look for dedicating resources for particular ecosystem.

There are innumerable cross-platform tools that enables to leverage single source development approach that can easily be employed on other platform with the minimum changes. There are Splendid Platforms for Crafting Mobile apps which has made it some sense to synchronise both the elements together.

Experience both the platform over communication 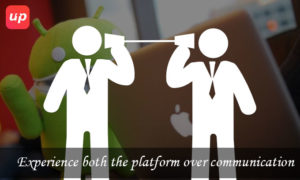 For instance, iMessage which enables real-time notifications, and sync to the desktop are few of the features incomparable with Android. As far as iMessage is concerned, then Google is taking hard initiative to create something similar to iMessage which supports rich communication services. But it has not yet reached to that level, in case you are looking for better texting experience.

May be the versatile tools can be Facebook and WhatsApp. The former has an advantage that everyone participates in Facebook which alleviates the most common issue of getting everybody on a particular platform. Recently whatapp has enables its existence on desktop which would enable full advantage of responsive web design to messages. Although both these platforms already participated in voice calling as well offers customisation. It has demonstrated more than stock texting app. Facebook is also trying to convert Messenger to get something like a full-fledged commerce platforms which supports bots. 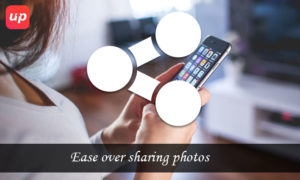 Although it can create a traumatic situation when sharing photographs or keeping sync over the photo collections across major platforms.

Google photos particularly with the recent enhancements of sharing transformed me to a firm believer that Google Drive can’t be defeated as long as unlimited storage and cost are concerned until it comes with the image compression but ensures no compromise with the quality. Although iOS has given a tough competition. With Moment’s by Facebook with full resolution support, intelligent organisation etc. has been quite good sharing photographs with friends and family members. There are various cloud services which are known to utilise broadband usage like Dropbox, OneDrive etc.

E-mail, Contacts and Calendar together 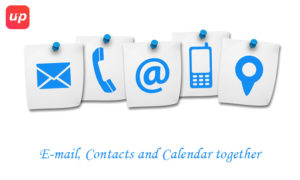 You can take the benefit of official apps for Android and iOS apps in case you are a G-mail user. But you can the help of Unified master inbox that is capable enough to store both Gmail and iCloud together.

As far as contacts and calendars are concerned, then it would be quite difficult to maintain sync between iOS and Android. There are potential configurations as far as E-mail, Contacts and calendar are concerned. In case you have all the contacts in Gmail or Google, then you might be good with Android but in order to add this data on iOS then you must set up separate Ca1DAV and CardDAV accounts.

Platform-specific no more fatigue for Apps, Documents and Files

To sync over the two platforms, there are various third –party apps like Slick and Unassuming, it’s not only straightforward but easy to be installed which comes with lightness of touch that makes it some sort of incomparable with other third party apps. Similar tricks can be utilised from startups to top mobile application development companies in order to make the work of mobile app developers simplified.

Above are few of the tricks which enable Android and iOS to have a lovely time together. These tricks will also ensure its long-term survival and can be penetrated easily from local markets to the most developed one.

In case you are looking for mobile application development, then Fluper is here to create the most path-breaking app with the immense contribution of most experienced and talented mobile app developers. 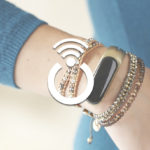 A New Personification of Wearable Technology- Landed to Jewellery 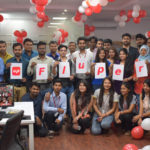 Commemorating the Moments of Semi-Annual Journey of Collective Succession