If you are here, you must be searching for Android games development tips to develop your own mobile game. Mobile apps have created a fascination that have become quite difficult to handle and when it comes to gaming apps then it has turned a spell-binding impact on the users. Left those days when people were seen just gazing their smartphone screens. With the invasion mobile gaming apps, fingers have even started dancing on the screen as well. As per BI Intelligence, US smartphone owners more likely to spend 58 minutes daily on their phones.

Although 26% of the pie chart has been covered by communication apps, followed by messaging apps worth 20%, social media networking 15% and next comes gaming apps by 8%. As per 42Matters,there are 3,273,098 Apps  accommodating in Google Play Store where Games have covered the area of 17.5% and 82.5% by other apps. These data are sufficient to prove that the fascination have been at peak, even enterprises are focusing to create their own gaming apps in order to generate considerable revenue. As far as Android gaming apps are concerned, then it has earned good reputation which can be understood with the help of Slide by Fluper, 84.7K were the new apps that were added in Google Play Store in the month of March 2017. The way android app development is growing bigger and better, analogously Android game development is also proving its existence with the slew of new title that have already made its existence and more are upcoming. 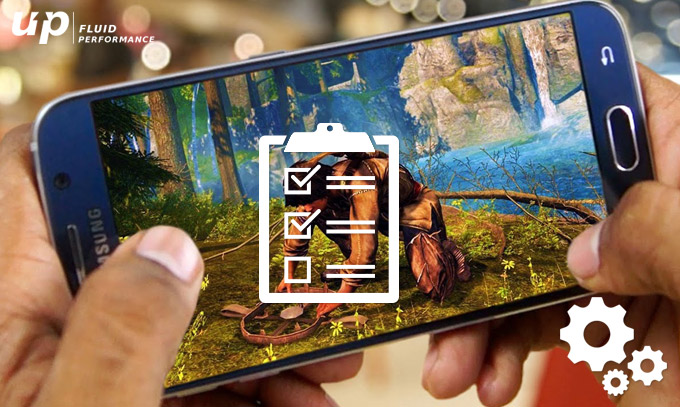 As per CAGR 2012-2016, by Visual.ly smartphones and tablets have created an impact of 18.8% respectively. Even Google Play Store is also saturated with many games encompassing from Arcade, Brain, Casual and Cards. Although 2016, however proved to be phenomenal with domination of free-to-play, invasion of Augmented Reality game, Pokémon Go and Virtual Reality. But these technology were still in the nascent stage as far as mobile gaming industry is concerned.

With some top-notch release of Samsung GearVR, HTC Vive, and Oculus Rift, we are expecting much more potential of Mobile VR.

Another trend that will be invading the gaming industry is Free-to-Play and Free-to-Start. This will end up with high Acquisition cost therefore this year it is expected that a real emphasize will be put on engagement, in-depth understanding of the player with key user experience of the player.

According to DeltaDNA, deep-data analytics solution is going to be significant enough in order to optimise the game performance. These are some of the trend that are more expected to invade in the gaming industry irrespective to Android or iOS. These trends must be regarded so that your million dollar idea can be a part of the users Google Play Store.

Uniqueness is so much important in any mobile app development. As far as mobile gaming apps are concerned uniqueness is something which set them apart. Most of the iconic and visually appealing games do not accommodate realistic visuals as per Pluralsight.

For inspiration, an extremely popular game series like Ratchet and Clank Series went for more of cartoony graphics in order to fit every type of gameplay as well as Story.

So uniqueness is something which must not be compromised, otherwise user’s abandon rate is quite high especially for the sake of uniqueness.

While you are dedicating your time as well as efforts to outline Free-to-Play Mobile Games, then you can understand with the help of infographic by Broad Global Online Enterprises. But it must be understood that mobile app development is considered as a homogenous task where you must dedicatee sufficient time in order to keep the users engaged. Once you have taken the initiative to choose a right platform, you need to chalk out the monetization strategy as well.

As per 42matters 93.2% mobile apps are accessible at free of cost and rest of the apps are paid but meagre amount. So here it won’t be time consuming to understand the importance of robust monetisation strategy, it looks for to create a distinct gaming app. Although some offer novelty to the users. Some mobile game developers suggest to work with freemium model including features of in-app purchase.

Here App Store Optimisation comes into the picture to increase the visibility and enhancing the chances to make money out of it.

Now that we have chosen the right OS, it must be taken into consideration benefits and limitations that are provided. Although appreneurs into Android app development just for the sake of its affordability without understanding its limitations. While investing on building gaming apps, you are investing a substantial amount of money which makes it more essential to understand this in detail.

Android is an open Source mobile operating system with massive user base which makes it simplified mobile app development process. For instances:

But after so many advantages, there are ample number of disadvantages, like software and hardware fragmentation but as far as android games development is concerned, most of the time users complained regarding error force close which is not only turn annoying for users but for android app developers as well to fix these issues. It is more exposed to hackers to put malware as far as Google Play Store is concerned. 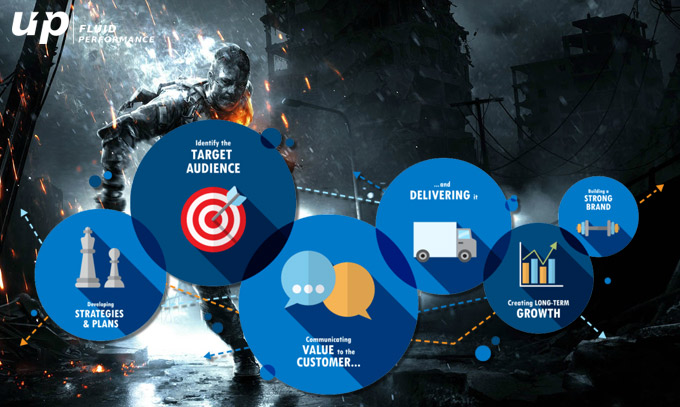 With mobile game development which has been declared as the sought-after niches in order to generate revenue by top notch mobile app development company like Fluper. With the experienced gaming app developers, developing a gaming app is no more difficult. But marketing the end product is considered to be a tricky part. Although as far as promotion of app is concerned, it is quite difficult part from mobile app developers to nail down their potentiality on this.

Here mobile app marketers with robust strategy can prove to be quite beneficial. Various tech savvy personalities have already chalked out a perfect marketing strategy like social media marketing, partnership with other global names, sharing videos and gathering for feedback are some of the tips. But, now the ball is in your court to take marketing under consideration so that your idea does not get compromised in any case.

When you have decided that you are going to encourage your million dollar idea on Android, now you have to bring the ultimate innovation on your gaming app in order to create it distinct and making a part of a large number of user’s devices.

Get More Downloads With These 10 Features in your Mobile Application