Are you aware of the fact that there is quite a big list of android mobile phone applications that are banned from the Play Store?

Have you ever considered the reason or reasons underlying this action taken up by Google???

Well! It is time for you to stop and ponder…If you are an app developer or at least planning to enter this venue, then you need to seriously do research on the same before you plunge in.

Google has it’s own reasons to take such actions against any application built on Android platform and developed by an individual developer or a mobile app development company.

The Search Engine Guru has more than 1 million applications available on it’s play store for users to install and enjoy. But it does have a set of rules and regulations as well which an App developer needs to keep in mind while developing any application for Android Smart Phones. If they fail to comply with such rules, they end up in the trash.

Year 2016 witnessed the omission of over 13 android applications from the Play Store on grounds of them being malicious or illegal and exerting negative impact on their end users.

This article has given a compilation of the top and popular apps that have been unfortunately omitted from the store. 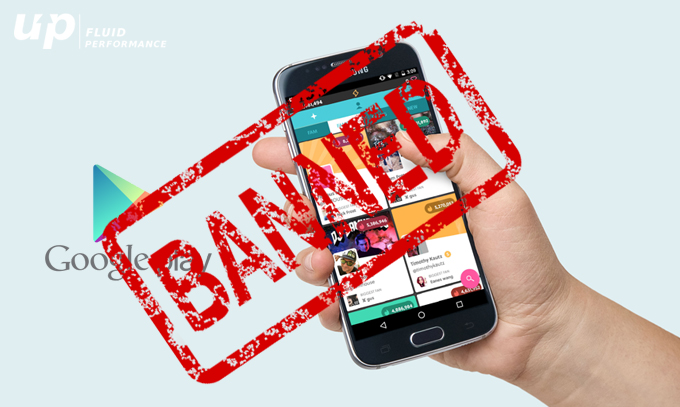 Few of the names included in the given list have been quite popular with the viewers initially but have suffered the unfortunate fate for multiple reasons. Let us discover the reasons behind such a step taken by Google against them.

There are few others such as MIUI Music, CM Installer, Honey Comb, Just Fire etc. that can be added to the list as well.
Few of the android applications were really useful and appealing to the user but were unfortunately banned from the Google Play Store for the reasons mentioned above. If you are a newbie in the field of app development, better be cautious or else your creation might face the same fate.

Fluper, one of the key companies in the field of Application development for smart phone devices, believes in developing android apps, as well for iOS Devices, endowed with unique features keeping up with the rules and regulations laid down by Google.