Amazon’s Dash Buttons are No More!

World’s largest online retailer Amazon.com Inc. today announced that it no longer will sell the Dash buttons, the single-item press-to-order devices they first launched in 2015. The physical Amazon Dash buttons were roughly the size of a packet of gum and allowed users simply to press the button to order the item tied to it. Over the past four years, Amazon has created dozens of Dash buttons for items including Soylent meal replacement drinks, Schiff Glucosamine joint supplements and Slim Jims.

The idea behind them was to make it much easier for Amazon shoppers to reorder important, regularly needed items such as laundry detergent and paper towels. Each individual button, which sold for $4.99, included branding for the item the button was linked to, such as Tide detergent and Clorox wipes. Since its launch, people seemed to like these little dash buttons and appreciated it a lot. In fact, brands liked them as a way of reinforcing customer loyalty and affixing mini ads for their wares in people’s bathrooms and linen closets. You might be wandering why it is going to be officially closed? Find out here-

Well, a reason for this decision is the advancements in technology. Since they were launched, technology has rapidly grown and Amazon no longer sees them as holding as much appeal. The company seems to believe that the smart home and its Alexa voice assistant have replaced the need for Dash buttons. Moreover, some appliance makers have built the ‘Dash Replenishment Service’ directly into their products to help consumers quickly reorder associated items.

Also Read : New Deposit Regulations in India Could Raise Risks for Many

If you are an active user of Amazon, then you have seen that the company offers multiple services that enable the same functions as the Dash buttons, starting with Amazon Echo and Echo-enabled devices. The ability to order something such as laundry detergent can now easily be done using a voice command to a device supporting Echo, so the requirement of dash buttons is limited.

Back in the year 2015, Daniel Rausch, an Amazon vice president who helped grow the Dash program from its start, stated that “There were far fewer options for connected home gadgets. Amazon workers were trying to figure out a way “to make shopping disappear” for grocery list items like paper towels and printer ink and whatever else is pretty not-fun to go out and buy”. Now, the time has come and there’s no need to cry over the closing of Dash buttons. Instead, the next time you reorder bread via voice from your toaster you can quietly thank Dash buttons for encouraging the creation of more smart-home gear.

Rausch further mentioned that “There’s no doubt that that core mission of Dash buttons succeeded.” 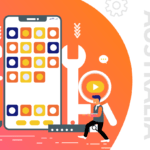 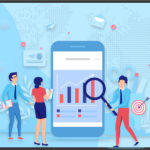 Tips and Tricks to Make Your App a Success